You are here: Home / Archives for dvd 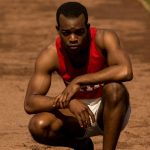 Race is an uplifting film featuring the amazing story of Olympic gold medal winner Jesse Owens. Jesse Owens was an African American, who won multiple medals at the 1936 Berlin Olympics during the rise of Hitler’s empire. Disclosure: I received a review copy of Race to facilitate this review. All opinions are my own. My […]