You are here: Home / Films / Don’t Miss He Named Me Malala
Warning: file_put_contents(/home/hh111574702/public_html/wp-content/uploads/imdbcache/tt3065132.txt): failed to open stream: No such file or directory in /home/customer/www/samenjoys.com/public_html/wp-content/plugins/imdb-info-box/imdbinfobox.php on line 71


The National Geographic Channel broadcasts the documentary He Named Me Malala on Monday, February 29 at 8 pm. This powerful documentary shares the story of Nobel Peace Prize winner Malala Yousazai. 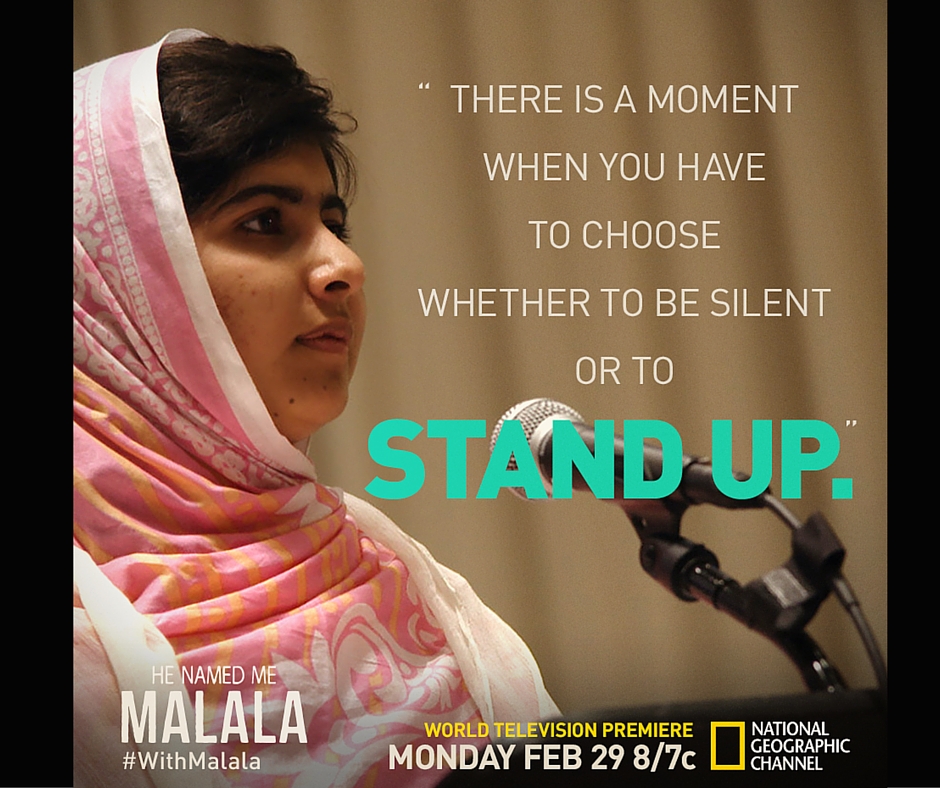 When 11-year-old Malala Yousafzai began detailing her experiences in the Swat Valley of Pakistan for the BBC, she had no idea what momentous changes were coming in her life.

I received a complimentary screening copy of the documentary film He Named Me Malala and the book I Am Malala by Malala Yousafzai. I am so proud to collaborate with the National Geogeographic Channel and others to share information about the upcoming screening.

He Named Me Malala Trailer:

About He Called Me Malala Documentary: 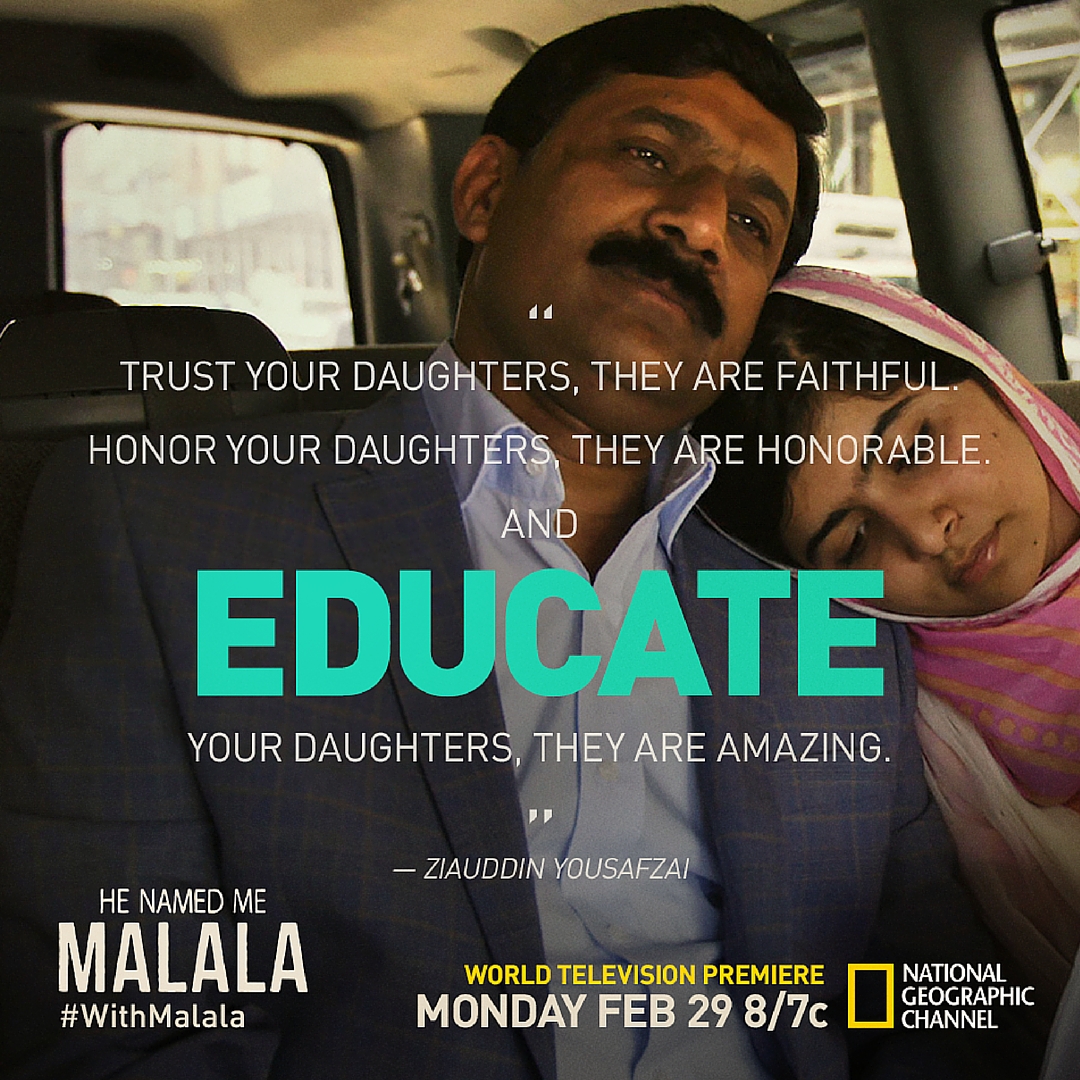 Acclaimed documentary filmmaker Davis Guggenheim follows the story of Malala, her school teacher father Zia and her family. You may recall that in 2012 Malala Yousafzai suffered a gunshot to the head while riding home from school. She was singled out for expressing her views about girl’s right to education.

HE NAMED ME MALALA is an intimate portrait of Malala Yousafzai, who was wounded when Taliban gunmen opened fire on her and her friends’ school bus in Pakistan’s Swat Valley.

The then 15-year-old teenager, who had been targeted for speaking out on behalf of girls’ education in her region of Swat Valley in Pakistan, was shot in the head, sparking international media outrage.

An educational activist in Pakistan, Yousafzai has since emerged as a leading campaigner for the rights of children worldwide and in December 2014, became the youngest-ever Nobel Peace Prize Laureate. (Source the National Geographic Channel)

Why I Enjoyed Watching He Named Me Malala: 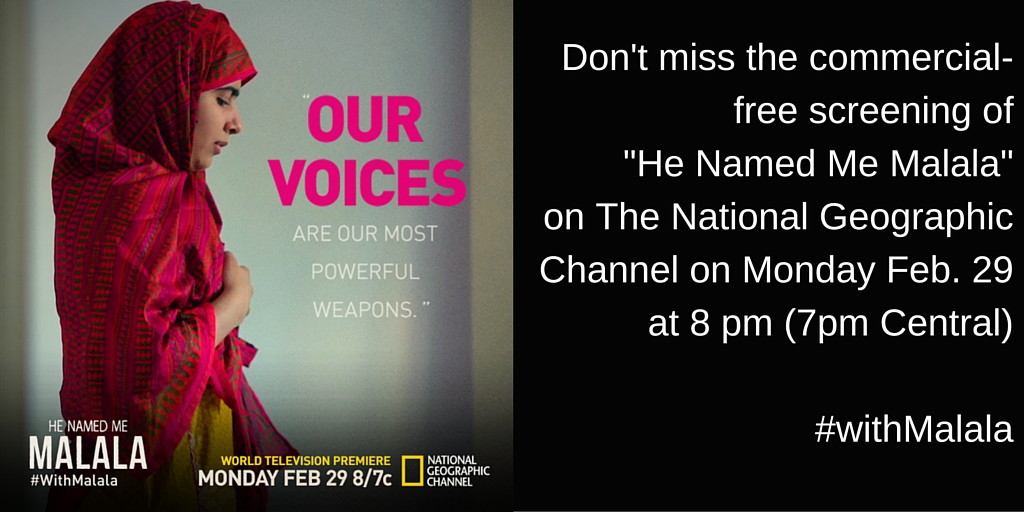 I have followed the story of Malala since I learned of her shooting in 2012. She was fifteen at the time. I remember asking myself if I would have been so brave as a fifteen-year-old girl and continued to fight for what I believed in despite knowing I was in danger.

I find her positivity and efforts to promote safe, quality education inspiring. She would be justified in feeling frightened, angry or bitter after this experience. Instead, she thinks of her attackers with compassion and uses her experience to create a better world. She continues her education while campaigning internationally, with The Malala Fund, to allow more girls access to safe education.

The documentary was informative, educational and inspiring. I also enjoyed the lovely animation sequence. I feel He Named Me Malala is a wonderful film for the whole family as it explores the value of education. So many of us take education for granted, yet so many girls (and boys) throughout the world are denied access to safe, quality education. 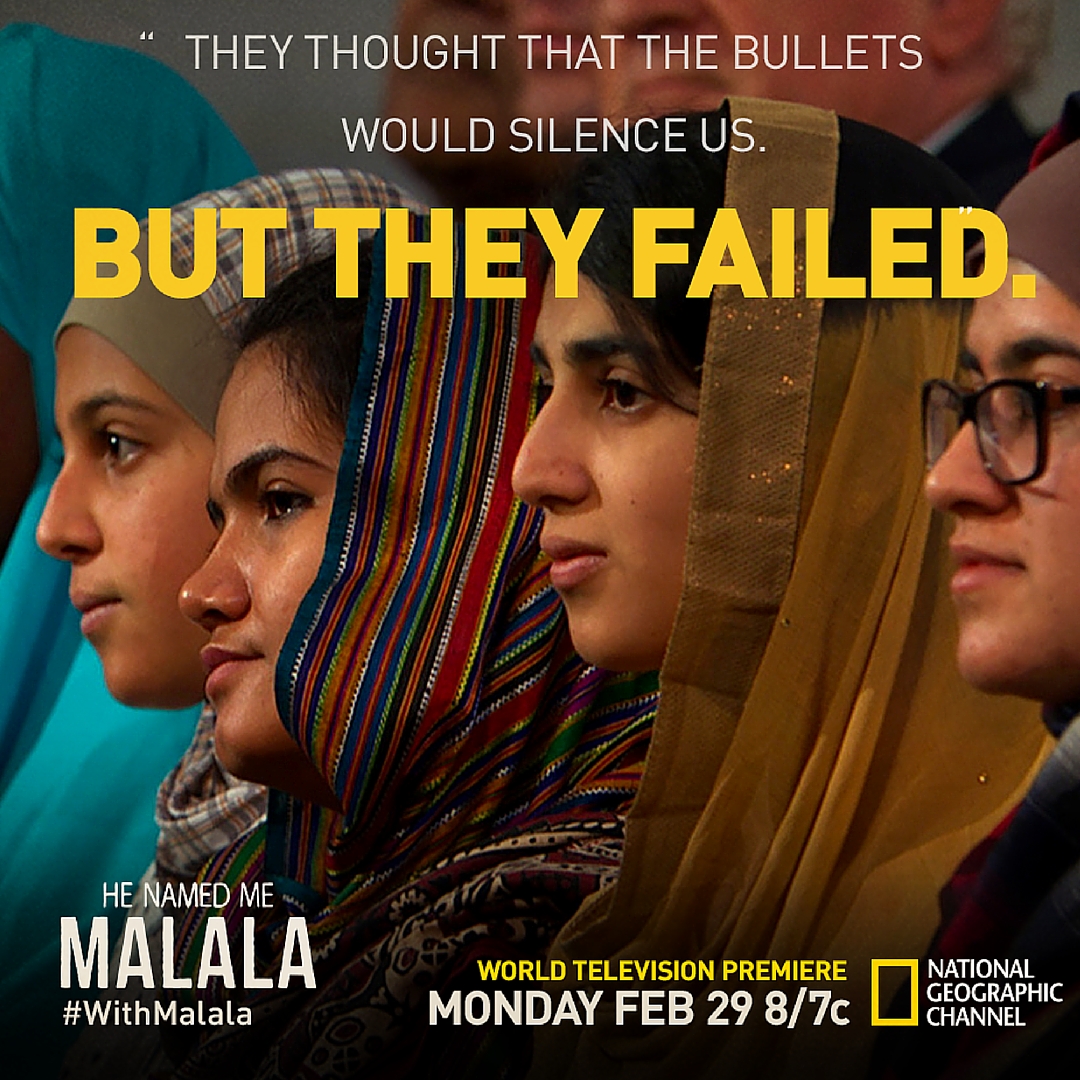 About the Malala Fund:

Inspired by co-founders Malala and Ziauddin Yousafzai, Malala Fund’s goal is to enable girls to complete 12 years of safe, quality education so that they can achieve their potential and be positive change-makers in their families and communities. We work with partners all over the world helping to empower girls and amplify their voices; we invest in local education leaders and programmes; and we advocate for more resources for education and safe schools for every child. (Source the Malala Fund)

Where to Find More Information on Malala:

Do you enjoy documentary films? I enjoy learning about our heroes who are willing to stand up for what they believe and who strive for positive change in the world. Who do you consider a hero? Do you have any inspiring books or films to recommend?

I wrote this post on behalf of Review Wire Media for 20th Century Fox and The Mission List. I received information to facilitate my review as well as a promotional item to thank me for my participation, but no other compensation. All images were provided by the National Geographic Channel and The Malala Fund.
Error: No API key provided.

He Named Me Malala 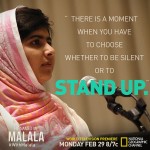