You are here: Home / Books / Review The Woman Who Would Be King Kara Cooney

The Woman Who Would Be King by Kara Cooney is a nonfiction book exploring research on the ancient Egyptian female pharaoh Hatshepsut. 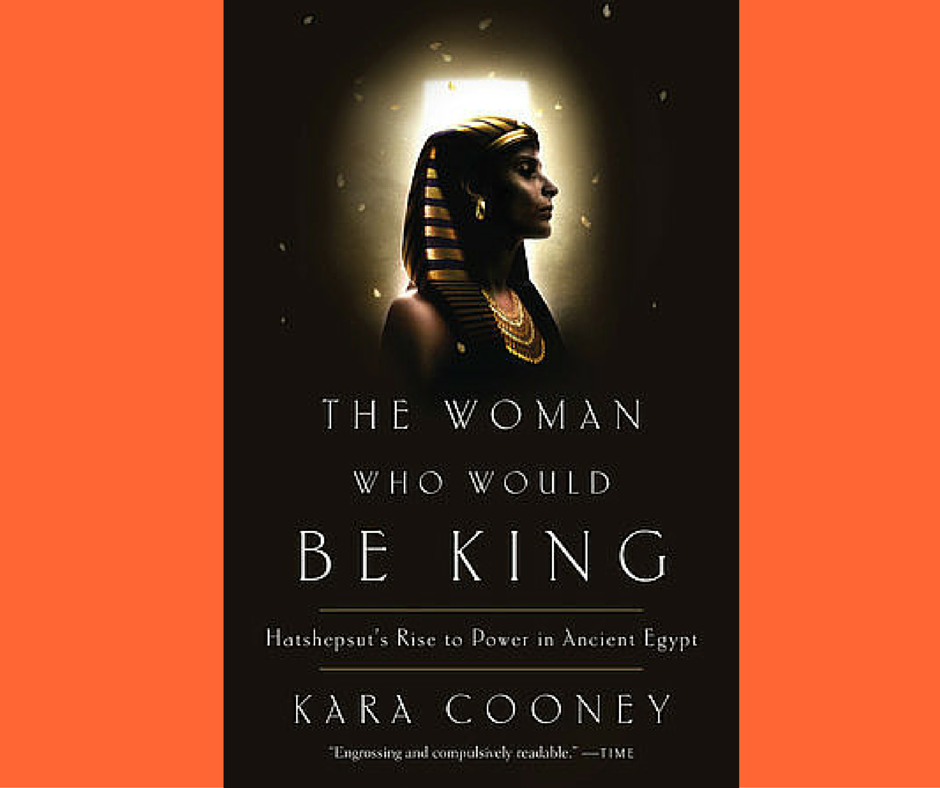 While much is unknown about ancient Egypt, Kara Cooney gives a vivid picture of the personal and historical context that allowed Hatshepsut to rise to ultimate power in a male-dominated ancient world. I had heard of Hatshepsut before, in fact, she is my favorite character to play in the video game Civilization (Did I just write that out loud?). I did not realize that she was the longest ruling female ruler in the ancient world.

I received a review copy of The Woman, Who Would Be King from the publisher (Broadway Books) through the Blogging For Books program.

As someone who has always been fascinated by ancient Egypt, The Woman Who Would Be King was informative and fascinating. It reads easily almost like a fiction novel. I only had one issue with the writing. The author repeatedly mentions if something cannot be known and that it is inferred. This does get a little tedious though I understand she is just a responsible academic researcher.  I did feel an explanation of this in the introduction is adequate in most cases.

The title itself is informative. As someone who has been casually interested in ancient Egypt, I understood the title right away. However, when talking to friend’s about this book, the common question was “why not queen?”. My understanding is that ancient Egypt at that time did not have a unique word for a woman who ruled, their word equivalent to the queen was specifically a consort to a man who ruled. Hatshepsut appeared to be that, but she moved on to become an actual ruling “king”. So basically, she was the ultimate, old-school “girl boss”.

I appreciate how Dr. Cooney pays careful attention to detail including an extensive notes section with bibliographic material at the end of the book. This is important for a historical work, especially one based on ancient history when written accounts are very limited.

Dr. Kathlyn (Kara) Cooney is a professor of Egyptian Art and Architecture at UCLA. Specializing in craft production, coffin studies, and economies in the ancient world, Cooney received her PhD in Egyptology from Johns Hopkins University. In 2005, she was co-curator of Tutankhamun and the Golden Age of the Pharaohs at the Los Angeles County Museum of Art. Cooney produced a comparative archaeology television series, entitled Out of Egypt, which aired in 2009 on the Discovery Channel and is available online via Netflix and Amazon.

The Woman Who Would Be King: Hatshepsut’s Rise to Power in Ancient Egypt is Cooney’s first trade book, and it benefits from her immense knowledge of Egypt’s ancient history to craft an illuminating biography of its least well-known female king. As an archaeologist who spent years at various excavations in Egypt, Cooney draws from the latest field research to fill in the gaps in the physical record of Hatshepsut. Published by Crown Publishing Group, the book releases on October 14, 2014.

The Woman Who Would Be King by Kara Cooney is available at many popular book retailers. For your convenience, I am including my affiliate referral link to Amazon: