Do you like your romance novels historic with a bit of steamy chemistry? If so,  you won’t want to miss Meet The Earl At Midnight by Gina Conkle. This character-driven romance novel, set in 17th Century London, has hints of Beauty and The Beast and a strong-spirited female protagonist. 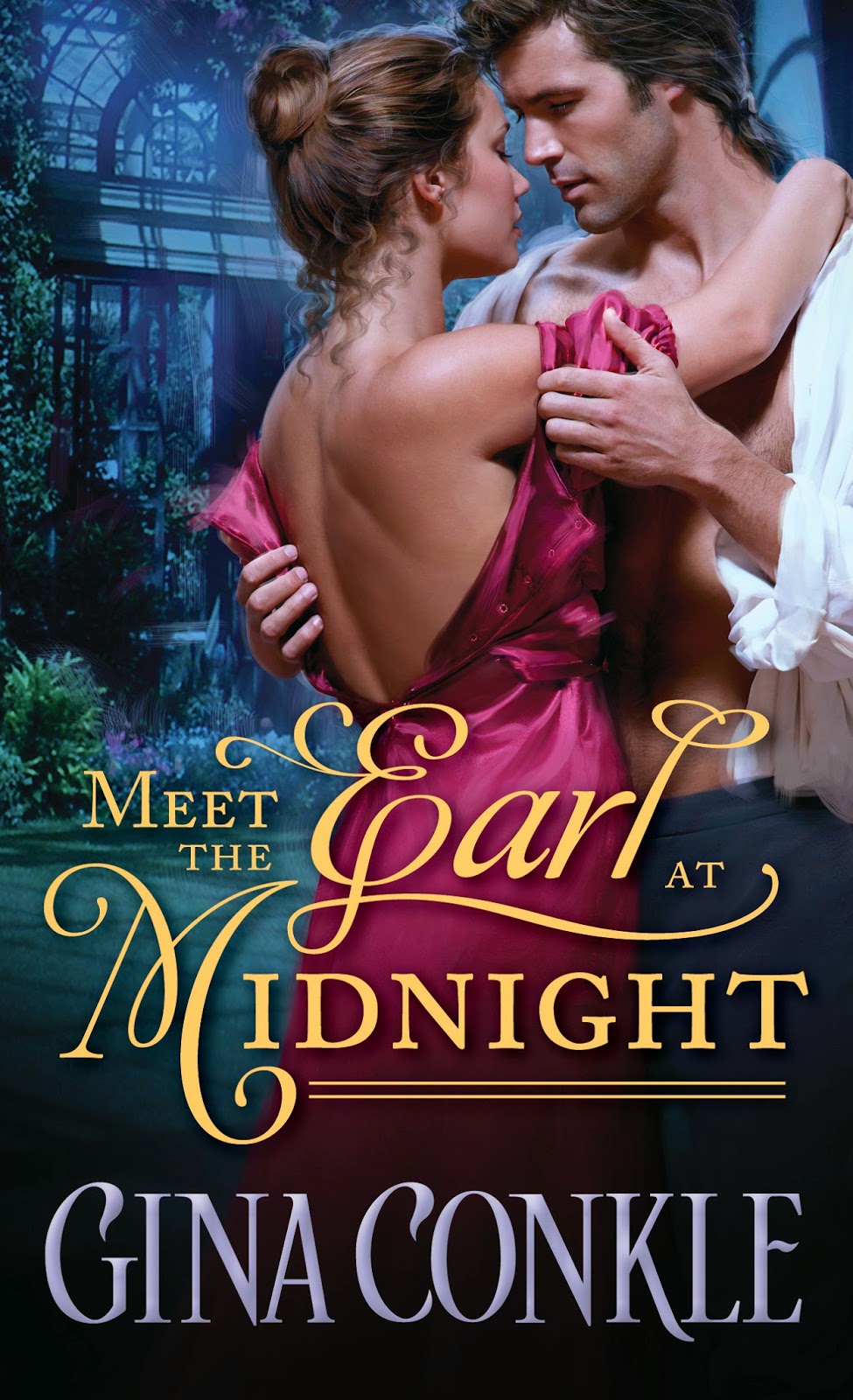 Summary for Meet The Earl At Midnight:

Reclusive Lord Edward’s heard them all, but a deadline looms. He needs an heir quickly. The hasty offering of Lydia Montgomery, an on-the-shelf woman, works, but she has plans of her own, secret plans that don’t involve a man. Their agreement forged at midnight changes in the light of day. Edward discovers Lydia’s a woman with a past, which only adds to their distracting chemistry. Even worse, the impertinent woman insinuates herself in his scientific work, a domain where no woman should mix. Lydia’s diagrams and illustrations speak volumes…of his work to the outside world and hers to London’s art world — a placed reserved for men. Soon new found fame makes a tangled mess. Will their greatest discovery be each other before time runs out?

About the Author Gina Conkle: 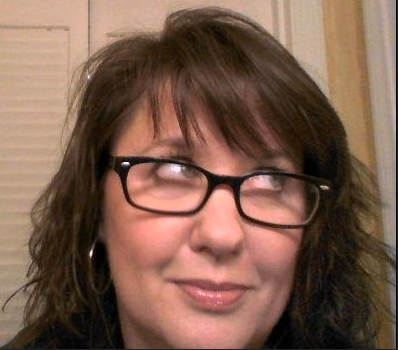 Gina’s a lover of history, books and romance, which makes the perfect recipe for historical romance writer.  Her passion for castles and old places (the older and moldier the better!) means interesting family vacations.  Good thing her husband and two sons share similar passions.  When not visiting fascinating places, she can be found in southern California delving into the latest adventures of organic gardening and serving as chief taxi driver.
Gina Conkle’s Web and Social Media Links:

A Conversation With Gina Conkle…

The following is an interview with Gina Conkle. As a reader I always find that learning about the author’s perspective deepens my enjoyment of any book…

Q: Where did you find your inspiration for “Meet The Earl at Midnight”?

A: I’d been writing Viking romance and wanted a break from the Norse hammers in my head. At the same time, I’d been reading a non-fiction book on the Age of Wonder era (mid to late 18th century) and that got my wheels turning.

This mysterious character kept showing up in my head. He was covered with a leather cloak, boots, and a tricorn hat. My only view of him was a slit of brown eyes above his flipped up collar. I had to know his story, so I sat down on a rainy day and started writing. The first half of the story poured out. I wrote by the seat of my pants to the half-way point, and then I started plotting.

The book has a “Beauty & the Beast” flavor but was not written with the trope in mind. That marketing idea came after the publisher bought the series.

Q: I liked Lydia’s strength and independent spirit. From your research how typical were female artists?

A: Art was largely a man’s pursuit. With few exceptions, art guilds on the continent excluded female artists despite those women enjoying critical and commercial success. Professional women artists couldn’t host workshops (though they could attend) nor were they allowed to hold the title of “Master.” The tides changed during the 17th century with women trickling into the guilds.

England was slower to change. The Royal Academy of Arts was established in 1768 with two women counted among the founders. However, they weren’t allowed to sit for the founder’s group portrait. Instead, their portraits hung in the background and that was counted as inclusion! This gives an idea of what female artists faced.
Q: What is your research process when you write historical fiction? Which eras interest you most?

A: I tend to read a lot of non-fiction and follow some nerdy history blogs. I put colorful sticky notes on book pages and keep notebooks of ideas. If I have questions, I’ll go back to those sources.

As a writer, I’m interested in the end of the Viking Age (early 1000s) and the mid-Georgian era (1760s – 1790s). My general interest spans from ancient times through the Dark Ages to the Templar arrests in 1307 Paris. Then, I lose interest until the 18th century.
Q: Could you tell us a little about your other books?

A: For my Vikings, I have the Norse Trilogy with the first book, Norse Jewel available now. Norse Jewel tells the story of a Viking chieftain, Hakan, who wants to put down his sword and live a peaceful farmer’s life. He buys Helena, a thrall (slave), to help keep his farm. Betrayal has left Hakan cold, but warm-hearted Helena thaws his icy heart. Their story is the unexpected love between master and thrall amidst intrigue forcing Hakan to take up his sword again.

I’m working on the second book, Norse Fire, about Brand, a house karl (a lower warrior) and saucy-tongued Sestra, a thrall. The kingdom has fallen and Sestra unwittingly holds secret knowledge of a hidden hoard that could save many lives. Brand and Sestra have traded barbs, but now must work together to find the treasure before the enemy. Trouble chases them, but on the trail both find something better than gold.

The third book is Norse Wolf, the tale of Black Wolf, an outlaw Viking, and Gisla, the healer who saves his life.

This Norse series is based on an actual historical event in AD 1022 Sweden.

For Georgian romance, my life has been the Midnight Meetings series. Book two, The Lady Meets Her Match, is the tale of two commoners. Cyrus Ryland, a self-made man, meets an alluring woman at a masked ball. She vanishes at midnight, leaving behind a single shoe. Certain his mystery lady was up to no good, Cyrus vows to find her. Claire Mayhew (housekeeper in Meet the Earl at Midnight) has her reasons for sneaking into the ball. She wants nothing to do with men of power, especially Cyrus Ryland, but scorching attraction and an unexpected foe conspire against well-laid plans. 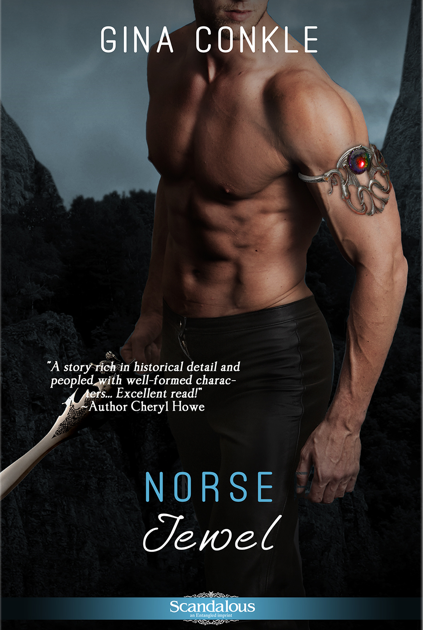 Enter To Win Meet The Earl At Midnight and a $25 Gift Card:

This giveaway runs 12/8 to 12/23 and is open to residents anywhere that accepts Amazon or Barnes and Nobel Gift e-cards.

Where To Purchase Meet The Earl At Midnight or Other Historical Romance Novels by Gina Conkle:

Tis The Season For Giveaways Hop:

We are proud to participate in the Tis The Season For Giveaways Hop by The Hopping Bloggers and Up All Night Blogging.  Feel free to visit the other blogs and enter to win these other great prizes! Good luck and happy hopping!   #TisTheSeasonHop 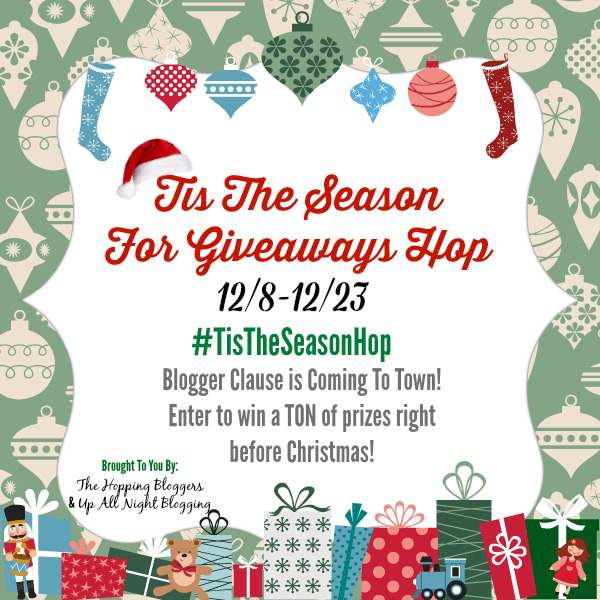 Welcome to the ‘Tis the Season Giveaways Hop, brought to you by The Hopping Bloggers & Up All Night Blogging! We are a group of bloggers that specialize in giveaway hops – so stay with us and you will have many chances to win some amazing prizes! Each blogger participating in this hop has a giveaway with a prize value of at least $15 – and some are much more than that! Be sure to visit them all – there is no limit to how many prizes you can win! Good Luck and Have Fun!