Inspired by one of the greatest legends of all time…

Modern-day Camelot. Where knights no longer carry swords. Magic is dangerous. And those who seek control are not to be trusted.

Sixteen-year-old Morgan le Fay is a fire user. An ordinary girl with an extraordinary skill, she has the ability to create and command fire at will. Her dream is to become the Maven—the right hand of the future King Arthur. In the chance of a lifetime, Morgan is selected to join Arthur’s Round, an elite group of young magic users from which the new Maven will be chosen.

Along with the other fire, water, and wind users in Arthur’s Round, Morgan is rigorously trained and tested. The handsome Merlin, a brilliant water user, takes a particular interest in her. Is his friendship to be trusted, or is Merlin simply trying to win the position of Maven for himself? Among the many rivals Morgan faces is the current Maven, Mordred, who seems determined to see her fail.

But Morgan has a secret—years ago, her mother was executed for using fire magic, and Morgan’s desire for justice makes her more than ready to take on the challenge before her. Can she prevail in Camelot’s tests of survival and magic? Only time—and Morgan’s powerful fire—will tell. 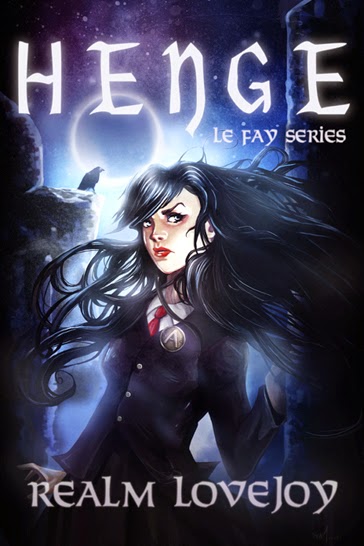 My Impressions of Henge by Rsalm Loveday:

I must admit I uually enjoy Arthurian stories especially if the stories center on a strong female character. I enjoyed Le Morte deArthur, but I enjoyed Mysts of Avalon even more.

To me, Henge bears some similarities since it also has a strong female character and is sympathetic to Morgan. It is different since it is part of a young adult fantasy series and set in modern times. I don’t think I’ve read an Arthurian inspired story set in modern times.  Henge also reminds me a little of Harry Potter.

Since so many  other works have been based on Arthurian legend, do we really need more? I think this reinterpretation offers something new especially as a young adult, urban fantasy.

I enjoyed the story telling style, the characters and the twists and suspense. I also like the determination of the protagonist Morgan. She has a focused passion for magic even at a young age. It is interesting to follow her as she learns that many things are not as they seem.

I don’t want to give an spoilers, but I was fortunate to have the opportunity to publish an excerpt so you can sample the flavor of Henge…

An Excerpt From Henge by Realm Lovejoy:

We head toward the east side, near the King’s Tower, to which I haven’t ventured before. The building we approach has a door with two sculptures of medieval knights on either side, their faces covered with a helmet.

“This is the Knight’s Station,” Lancelot explains, catching my gaze.

We pass through a hall. More armor, shields, and swords hang on the walls.

“Knights were a lot more honorable back then.” He gestures to the decorations. “Now, instead of a sword, I’ve got a simple trigger that unleashes a bullet—it’s almost a coward’s weapon.”

Lancelot pats the gun by his side as he takes me into what appears to be a small meeting room, surprisingly plain for how ornate the hallway is. There’s a table and two chairs. He sits me down in the poorly lit room.

“Do you ever use your gun?” I ask to break the silence.

“Sometimes. It’s been peaceful lately… until the fire. Might have to use it again soon.”

Lancelot smiles at me as he goes to the windows to further close the venetian blinds. As the light diminishes, my anxiety heightens as to why I’m here. I have nothing to look at except for his back. His shoulders are the epitome of male idealism—square, strong, and nicely slimming down to his waist. Like a model. I mentally kick myself and look at the table instead.

I shake my head.

“My old man. He has a stout with your father, Sir Gorlois, once in a while. I hear Sir Gorlois is a brave man—it’s no surprise he has raised a strong lady. You ran into that fire. Wouldn’t expect anything less from Sir Gorlois’s daughter.”

A recorder is on the table. He flicks it on. He sees the bewilderment on my face and doesn’t look away as he lights a cigarette, which I’m sure is not allowed in here.

“Gorlois must be proud that you’re in Arthur’s Round to serve the King.”

His cigarette smoke is already suffocating me.

Lancelot studies me. His eyes are silver and searing. The first thing I think of is a knife. His eyes are weapons—and he knows the affect they have on people, especially women. His mouth curves into a smile, deliberate and slow. 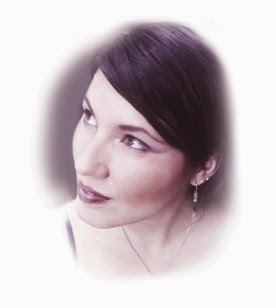 About the Author Realm Loveday:

Realm Lovejoy is an American writer and an artist. She grew up in both Washington State and the Japanese Alps of Nagano, Japan. Currently she lives in Seattle and works as an artist in the video game industry. CLAN is her first book. You can find out more about her and her book at realmlovejoy.com

Where to Purchase Henge by Realm Lovejoy:

Henge by Realm Lovejoy is available on Amazon

This post of part of a virtual book tour organized by Goddess Fish Promotions. Other Stops on the tour include:

FTC Disclosure: I receive a review copy of this book to facilitate this review, no other compensation was offered.