You are here: Home / Books / Book Blitz: Hearts On Fire

I am proud to participate in the cover reveal for Hearts On Fire by Alison Packard. Thank you to Goddess Fish Promotions and Alison Packard!

This post is part of a virtual book tour revealing the cover of Alison Packard’s newest book Hearts on Fire which will be released on February 3. One randomly drawn commenter via Rafflecopter will receive a $10 Amazon or Barnes and Noble gift card.  The author is also hosting a giveaway–see details after the reveal and the plot summary. Enjoy! 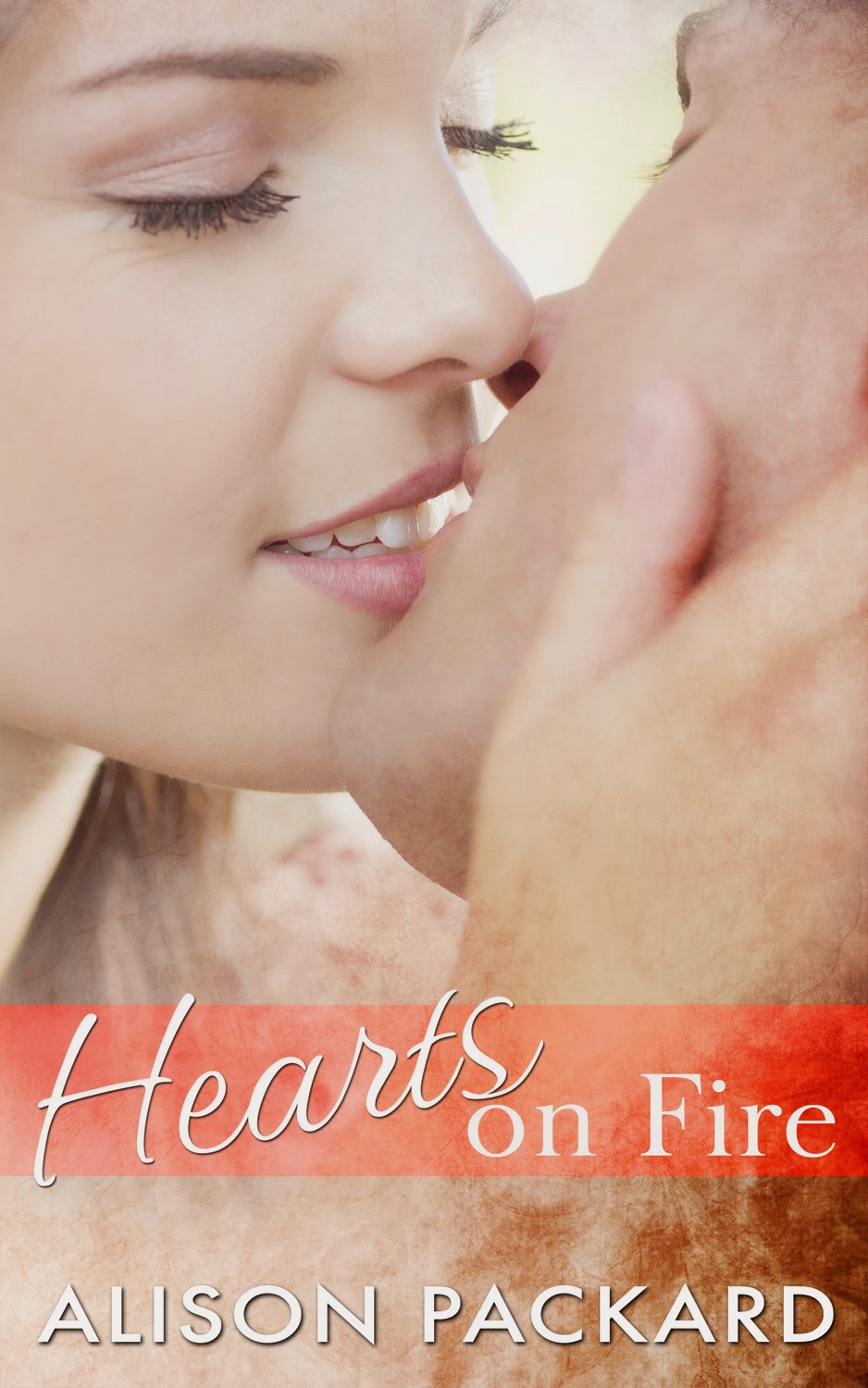 Country music star Jessie Grant has it all. An amazing voice, a string of multi-platinum albums, and a sold-out concert tour. But just before her Hearts on Fire tour rolls into Las Vegas, her lead guitarist is badly injured and is unable to play. Desperate to find a replacement before the night of a televised live show, Jessie is forced to accept help from the last person on earth she wants to see again.
Drew Carmichael has earned a well-deserved reputation as one of the best up-and-coming musicians in Nashville, without cashing in on his renowned father’s name. When Jessie’s manager calls and asks him to fill in for her band’s injured guitar player, he agrees to help Jessie out even though she cut him out of her life four months ago.
In Sin City, sparks fly between Jessie and Drew, and it isn’t long before they give in to their mutual attraction. But when the dark past Jessie has successfully hidden for ten years explodes in the media, their tenuous bond is put to the test, and both Jessie and Drew must learn to trust each other if they don’t want their newfound romantic relationship to go up in flames.

Enter To Win A Free Copy

As if sensing she was being watched, she turned and their gazes collided across the stage. Her smile faltered as the seconds ticked by. She remained rooted to the spot, so he moved forward. One of them had to make the first move; it looked like it would be him.

“Hey,” he said as he halted in front of her.

She thanked the roadie, who smiled and left them to attend to Tara and Renee.

“Hello,” she replied, her tone formal and her eyes guarded. “Thank you for agreeing to help us out.”

“You’re welcome.” He rested his arm along the top of his favorite guitar, a Fender Strat that he’d bought when he was sixteen, after years of saving his allowance and hoarding the money he’d earned doing odd jobs around town.

Although his father had made good money and left them fairly well-off after he died, his mom always believed that he should learn the value of money. It was a lesson he’d learned well, and to this day, he hadn’t touched one dollar of the money his father had left him. He wanted to make something of himself on his own terms, not because he had connections or an inheritance.

“Wally gave me the set list yesterday. It looks like it’s pretty much the same as before,” he said, after an uncomfortable silence.

“For the most part.” Jessie tucked a strand of dark hair behind her ear. “The only difference is, I’ve changed up the order so that some of my older stuff is sprinkled throughout the set. Works better that way.”

He nodded. “So what the hell happened to Kenny? Wally said he broke his arm?”

Jessie rolled her eyes. “The damn fool decided to take a swan dive off the stage, and because he’d had a couple of fireballs before the show, he miscalculated how close the audience was to the stage and fell smack dab onto the concrete floor.”

Drew gasped, equally shocked and amused at the picture she’d painted. “Jesus. Are you serious?”

Her lips curved upwards with a ghost of a smile. It was something, even if it wasn’t the usual mega-watt smile she gave him when they used to hang out together. “It’s true. I couldn’t make something like that up. Broke his arm in two places.”

“Ouch.” He winced, thinking of the pain Kenny must have been in. “So he’ll be laid up for a while?”

“Looks like it,” she said. Then, without warning, her tone turned frosty again, and the laughter vanished from her eyes. “Well, we should get started. Do you feel comfortable with all the songs?”

“Yeah. I could do them in my sleep,” he said, then frowned. “Did that sound cocky?”

“No. Just confident.” Her unreadable eyes roamed over his face. “Wally wants us to do a duet.”

He’d taken a look at the sheet music and recognized the song immediately. Anybody who’d ever attended a wedding in the last twenty years would probably be aware of the hit ballad that was popular in the early ‘80s. It was a nice song, and one that would suit his and Jessie’s harmonies to a tee.

“I’m not sold on the idea, but he seems to think it’ll be good for the CMT taping.”

“Whatever you decide is fine with me.” He brushed his hair back from his eyes and held her gaze. “I miss talking to you, Jessie,” he said, unable to stop himself.

Her eyes flickered with some unknown emotion, which vanished as quickly as it came.

“We should get to work. Time’s a wastin’.” And with that, she turned her back on him, moved to the center mic near the front of the stage and never looked back.

Originally from the San Francisco Bay Area, Alison now lives in Southern Nevada where she’s still getting used to the blistering summers and the slot machines in every grocery store.

When not working at the day job that pays the bills, keeps a roof over her head, and supports her book and chocolate habits, Alison spends most of her free time writing. But when she takes a break, she enjoys reading, watching movies, and spending time with her family and friends.